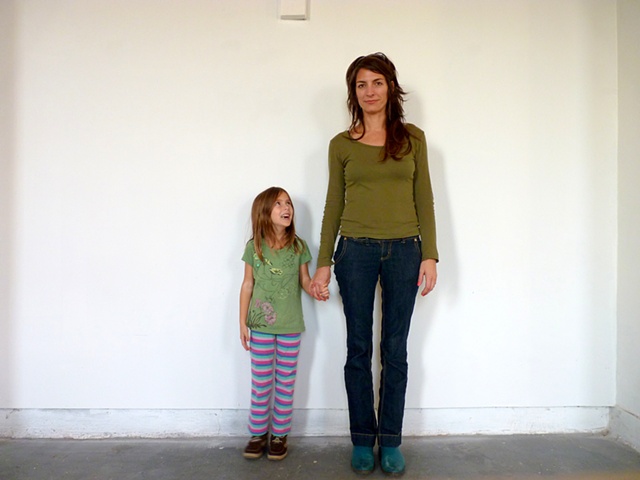 Courtney Kessel is a mother, artist, academic, and arts administrator living and working in Athens, Ohio. Kessel exhibits her work nationally and internationally including the China Art Museum, Shanghai, New Maternalisms, Chile at the Museum of Contemporary Art in Santiago Chile and New Maternalisms: Redux at the University of Alberta, Canada, FAMILY MATTERS: Living and Representing Today’s Family, Centre for Contemporary Culture Strozzina, Fondazione Palazzo Strozzi, Florence, Italy, the Tampa Museum of Art, and Exit Art, New York, New York. She has lectured on her work and research in both universities and museums internationally including the Norton Museum of Art in West Palm Beach, FL, Brigham Young University Art Museum, Provo, UT, The Mothernists conference, Rotterdam, Netherlands, Mapping Maternal Ethics, University of Alberta, Edmonton, Canada and at the forthcoming conference The Mothernists 2: Who Cares for the 21st Century, Astrid Noachs Atelier, Copenhagen, Denmark.

Through sculpture, photography, performance, video, and sound, Courtney Kessel’s work strives to make visible the quiet, understated, and often unseen love and labor of motherhood. Her work transcends the local binary of public/ private and extends into the repositioning of the ongoing, non-narrative, excessive dialogic flow that occurs within the domestic space. Kessel endeavors to create a space that examines language and maternity through a feminist lens thereby opening a dialog between what is seen and not seen. In the annual performance piece, In Balance With,(2009-present) Kessel presents a version of the maternal which investigates collaboration with her daughter, Chloé, as a visible, changeable aspect of mothering. Other projects of which reflect a continued research into the subjective maternal include the solo exhibition, Mother Lode (2014), Symphony of the Domestic II (2015), Cut From the Same (2013), and the video Sharing Space (2012) and the new work Fabric of Life (2016). Kessel is the Gallery Director for the Ohio University Art Galleries and teaches in the School of Art + Design at Ohio University, Athens, Ohio.

Education: MFA in Sculpture & Expanded Practices and a certificate in Women’s & Gender Studies (2012) from Ohio University, BFA in Sculpture from Tyler School of Art (1998). She studied at Temple University Rome, Italy from 1995-1996.