Following the trajectory of taking 'stuff' from the home and putting it in the gallery, this large scale weaving was a near feat of engineering ingenuity. There is one 2 x 4 at the top of the "loom" and one at the bottom between which I laced up over 600' of black cotton cording. I had been interested in a sort of non-conventional weaving possibilities, but don't have the space to really go very large.

When I was invited by curator, Stephanie Rond, to participate in the show, Dare 2 be Heard, at the Columbus Cultural Arts Center, I was thrilled that she was open to my trying out this piece. She was pretty nervous when install came and I brought a truckload of things which included a large dollhouse (made by my dad), an aluminum ladder, large Christmas wreath, a suitcase, a bed headboard, and bins of records, books, Barbies, clothing, and other fabric... saying, "are you sure this is going to fit"?!?

I have recently identified my practice as a gallery practice since I do not have a studio space. I think A LOT about my research and body of work and then install the new work in the gallery, hoping beyond hope that it will work! This piece was probably the largest in scale and most precarious to date.

Like other works that involve the concept of "stuff" being a stand in for one's life with child, the Fabric of Life is a different kind of form. It addresses the architecture becoming at once singular, of itself, but also made up of many using the architecture to structure it's limits. 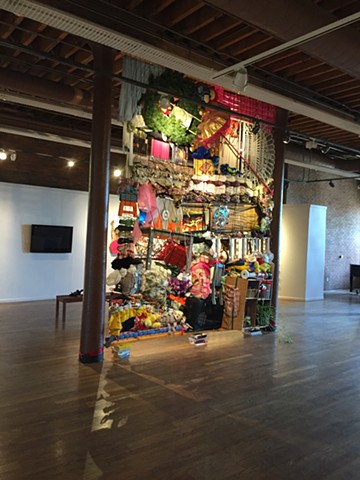 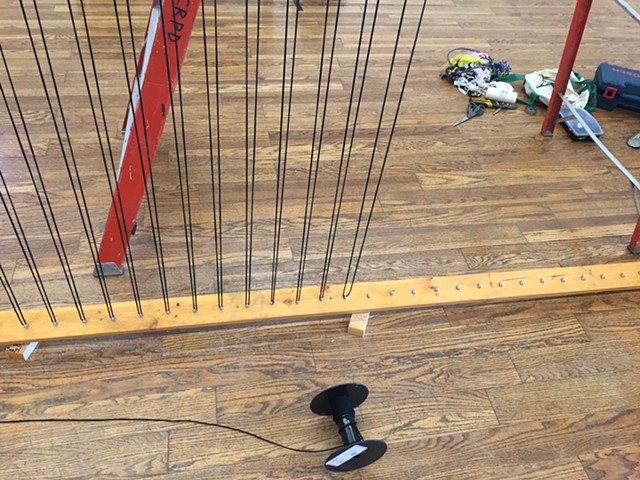 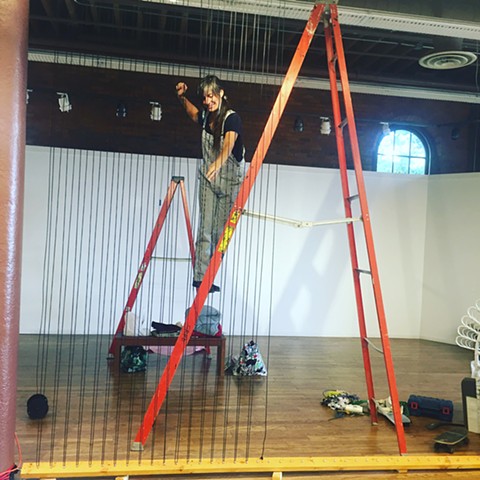 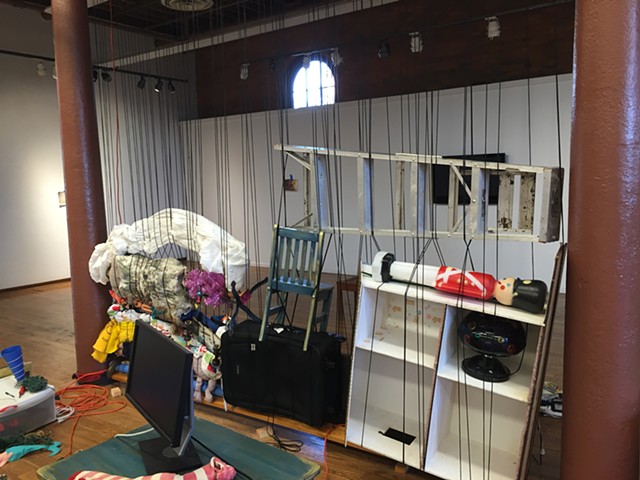 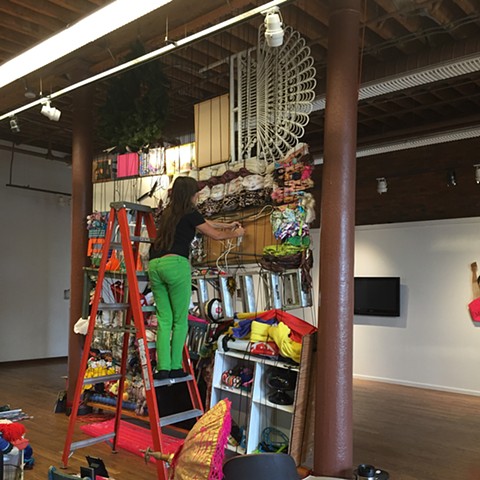 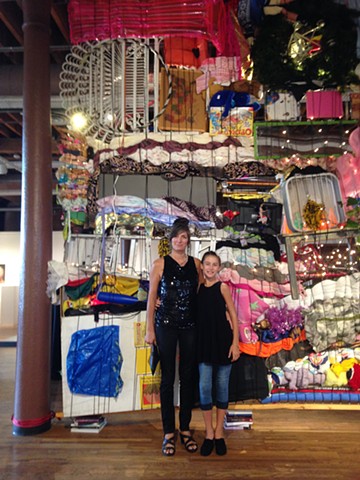 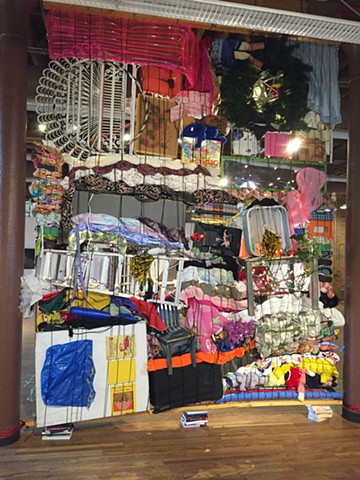 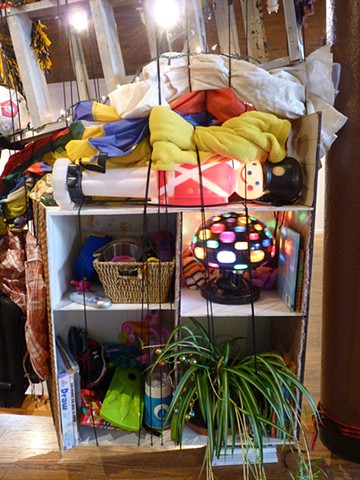 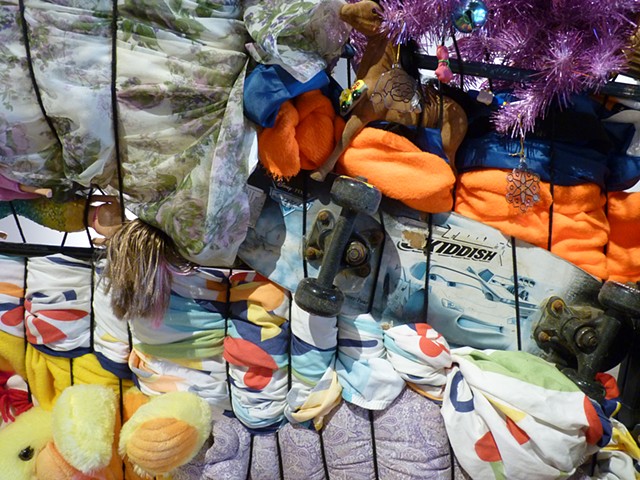 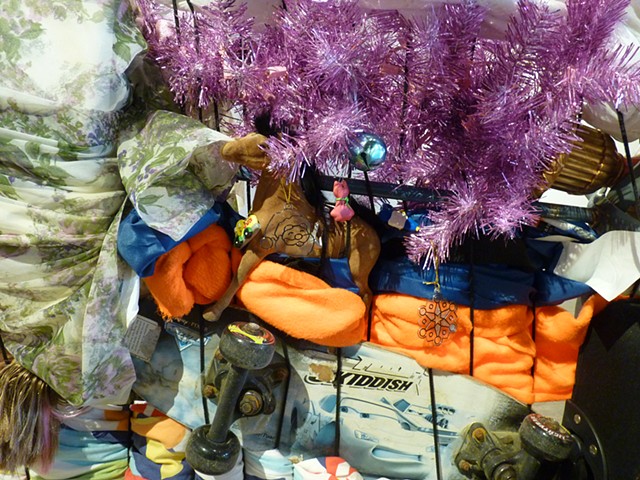 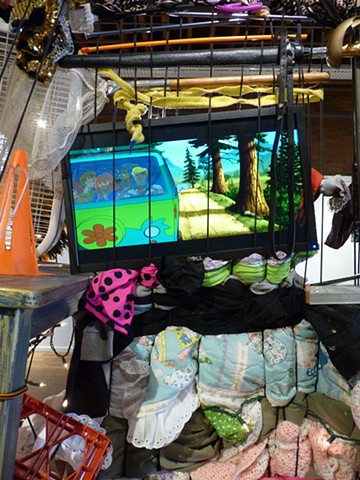 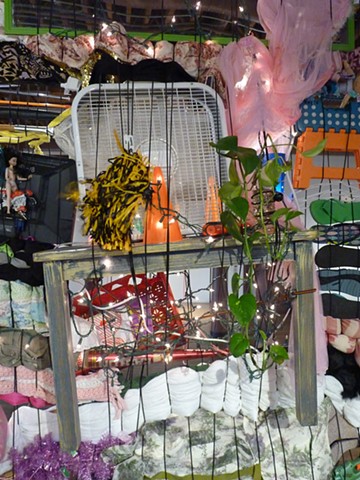 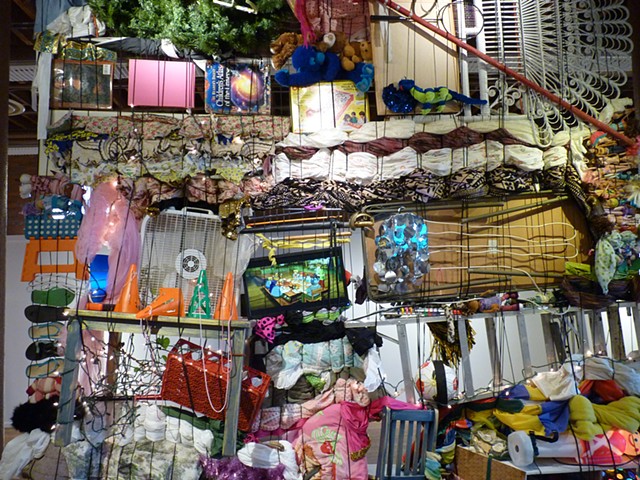 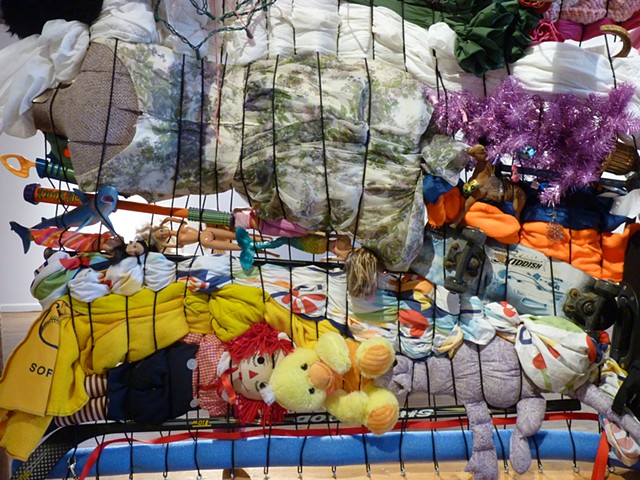 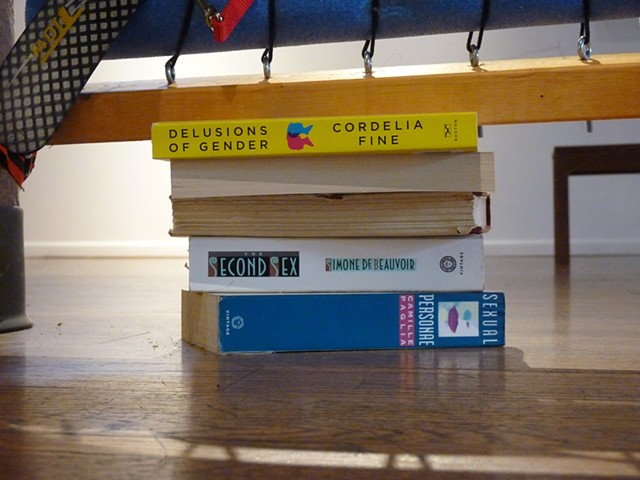 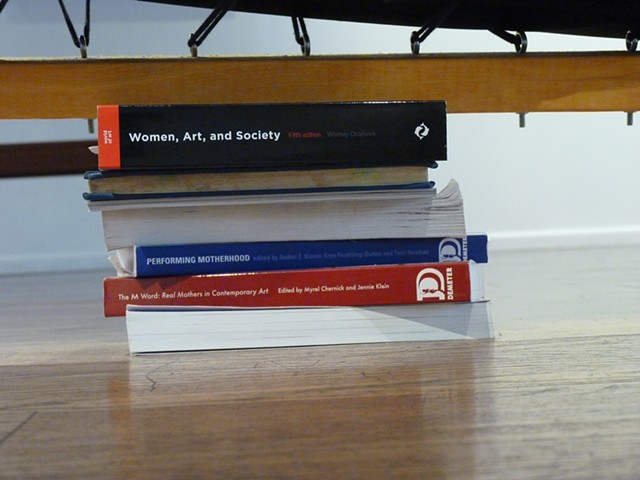 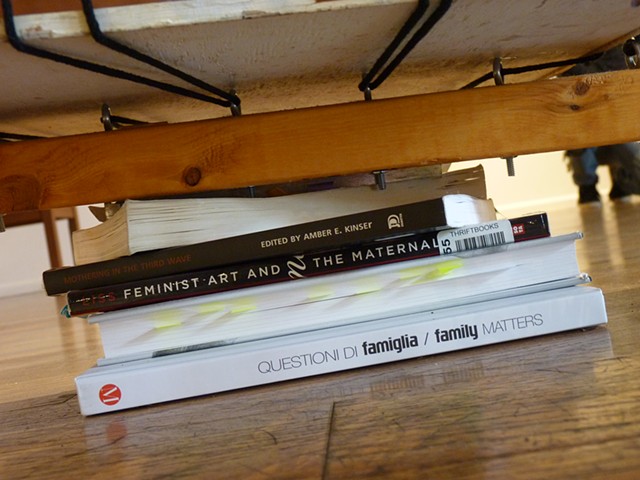 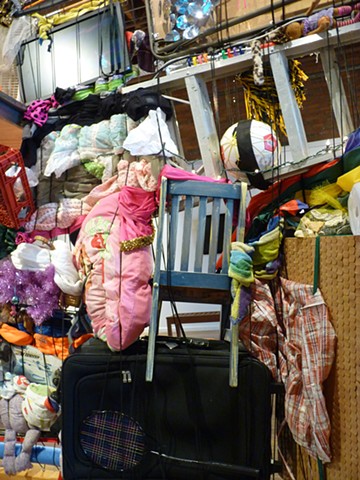 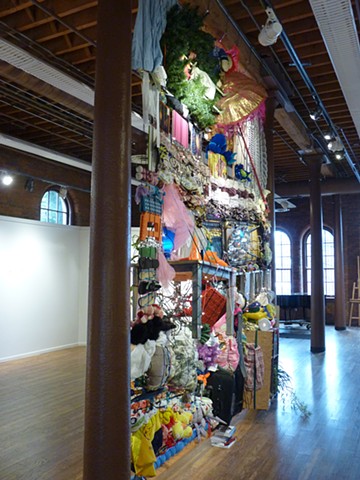 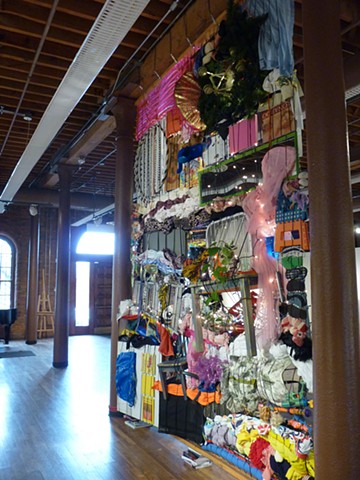 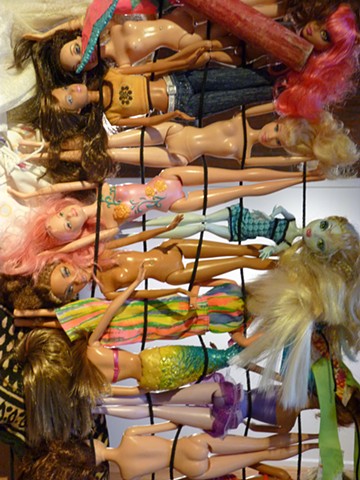 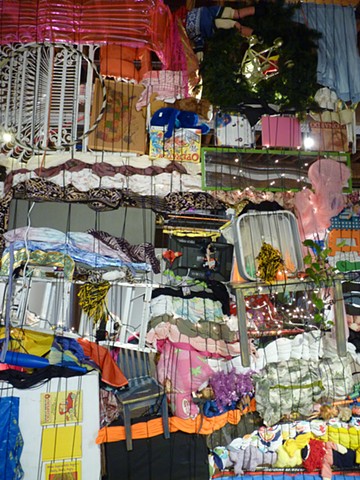 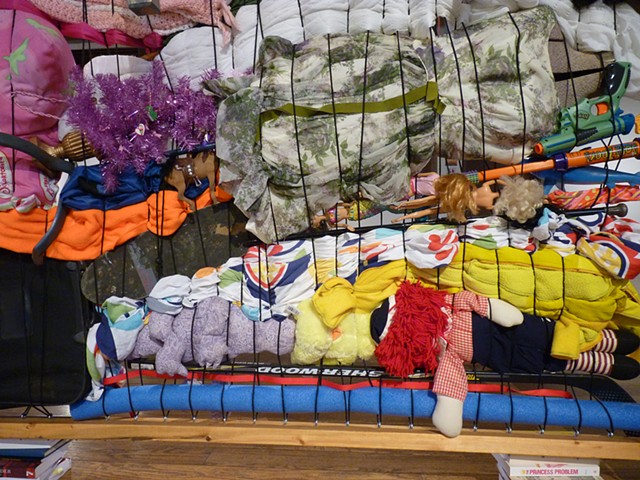